What to Expect From Concept to Completion

A Car Garage That Can Cross The Globe

Black Swan Racingis a ProAm (professional-amateur) sportscar racing team. They push high performance vehicles like the Porsche 911 GT3R to the limit by competing in endurance races sometimes as long as 24 hours. To participate in races, they need to move their cars and tools around the globe.

As participants in the Inter-continental GT Challenge, Black Swan needed to transport their cars from Bathurst in Australia, Spa in Belgium, Suzuka in Japan, and Laguna Seca in California. While many racing teams use a plain, unmodified shipping container to move their vehicles overseas, Black Swan Racing decided they wanted something more. They wanted their shipping container to become a mobile garage that would keep the team organized and look sleek at the race track. 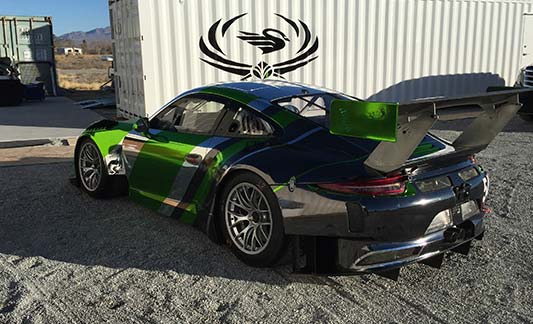 Ease of international travel was also a top priority for the team. To avoid additional paper work and potential hold-ups associated with clearing lumber products at customs, Black Swan Racing’s container needed an interior finish-out with no wooden framing.

The Solution: A Custom Designed Container with an Aluminum Finish-Out

← Back to Case Studies