How Environmentally Sustainable are Shipping Containers?

What A General Contractor Should Know Before Building with Shipping Containers 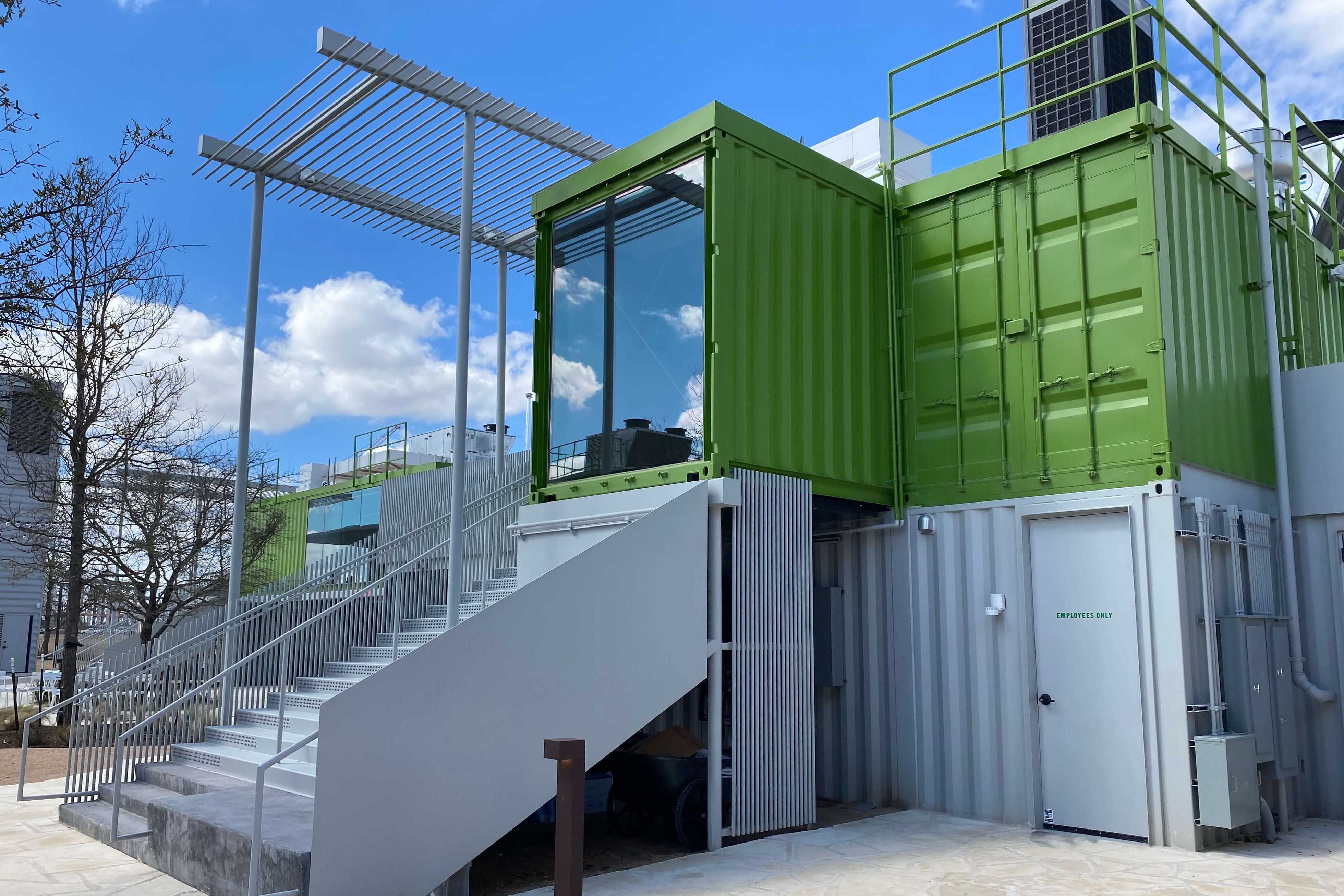 Not only are shipping containers viable building elements, but they help construction teams create boundary-breaking and award-winning structures, just like The Pitch. And yet, many general contractors are unfamiliar with the ins and outs of building with shipping containers. Such was the case for Jeremy Smith before Citadel Development Services worked on The Pitch. We sat down with Smith—the founder of Citadel—to reflect on his experience as a general contractor and construction manager working with containers for the first time.

For The Pitch project, Falcon, Citadel, and many other valued collaborators came together to create an interactive food and beverage venue using containers. Five buildings of stacked, cantilevered, and bridged containers comprise the venue to create a one-of-a-kind design.

For Smith, the standout benefits of building with shipping containers came down to the reliability of sizes and the speed of construction. “We had the assurance that, in a really tight tolerance, every container was going to be the same,” Smith said. He clarified that it was important because, within the commotion of a project with many moving pieces, the Citadel team relied on the standard sizes of the containers. Additionally, while Falcon modified the containers, site prep work and other fabrication work took place simultaneously, which “really expedited [the time] versus a conventional build,” allowing Citadel to “be in the dry a lot faster.”

When we asked Smith about what he wished he would’ve known about containers before this project, he admitted that he first assumed containers didn’t need structural reinforcement. “That is the case if you’re stacking them perfectly on top of each other aligned, but with our project, The Pitch, there was a lot of articulation with the containers.” Smith advises other GCs that “depending on the amount of windows and doors and how you’re going to use the containers, you got to think about how you’re going to support these things.” Once you cut into a container, it needs structural reinforcement.

Mechanical, electrical, and plumbing (MEP) was another factor in working with containers that posed new challenges. Next time, Smith says he would “really dig into the programming of that and work closely with the MEP team and all the trades ahead of construction so [he] can really walk through and understand how [they’re] going to execute that.” Even though the MEP of The Pitch worked out well, Smith looks to incorporate more forethought in the future.

Smith’s final recommendation is to loop in local municipalities early on. “We were very fortunate in working with the city of Austin,” he said, understanding that “some municipalities haven’t seen a lot of these types of projects.” The communication between The Pitch crew and the city was vital to the success of the project. Smith states, “I think you’re going to run into municipalities that this type of construction doesn’t check the box of certain reviewers, planners, and inspectors.” To avoid confusion and challenges in interpreting code, get the right parties involved.

Ultimately, Smith and his team at Citadel always “push for a high level of collaboration with everyone that’s involved with a project.” This outlook is necessary for a container-based build in the current construction landscape that’s still growing into container familiarity. If you’re going to be working with shipping containers, Smith emphasizes the importance of bringing everyone to the table from the start “The actual trades, the MEP engineers, everybody… start talking through execution as soon as possible.”

Safety in Construction: Ensuring Your Team is Well Equipped

The Quick Creation of the Container-Based Holcomb YMCA Facility